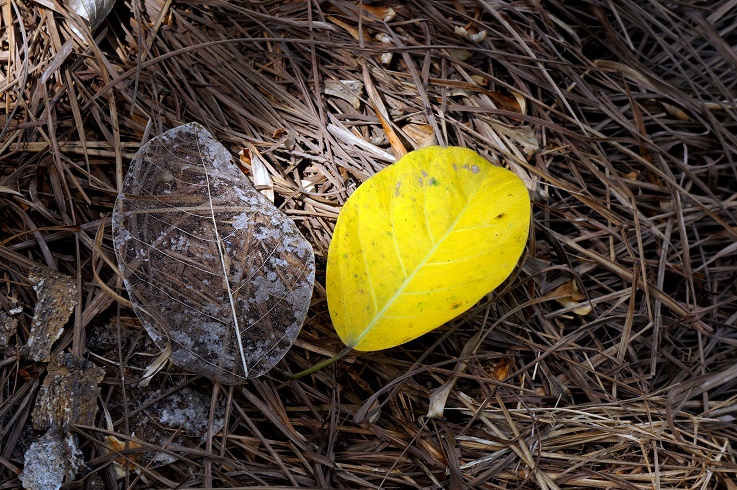 One morning in rainy season, she woke up to feel something different – something peaceful, yellow, breezy and waltzing outside her window. She got baffled as what she saw, felt and breathed was something like fall season but she argued to herself that Huế had no such a luxury thing like FALL (there are only rainy season and dry season here). She looked at the clouds hopefully they would not get thicker and heavier, and not transform into raindrops. The clouds were shielding the pale sunlight from shining down to the wet ground. But they did not hold on the sun very long. The first sunlight appeared on dancing leaves of the trees gently swaying. And she beheld thousands of ripe yellow leaves showering the streets, pavements, and houses whenever the winds swept by them.

“No spring nor summer beauty hath such grace
As I have seen in one autumnal face.” – John Donne