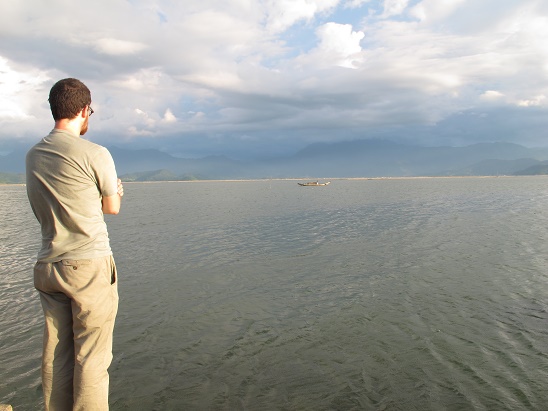 Vietnamese people, old and young, call him “Tây” (Westerner) or “Ông Tây” (Mr. Westerner). At first, he had felt funny when a kid sang merrily “Ah, Ông Tây! Ông Tây!” or when the elder people talked to each other and a “Tây” was heard in their conversations whenever he passed by. But after a while, he no longer felt that happy being called “Tây”. He wanted to be recognized as a “trai Huế” (a guy from Huế) at least here in this former capital of Việt Nam.

Below is a video clip of Ari, the trai Huế, experienced the suburbs of the royal city.