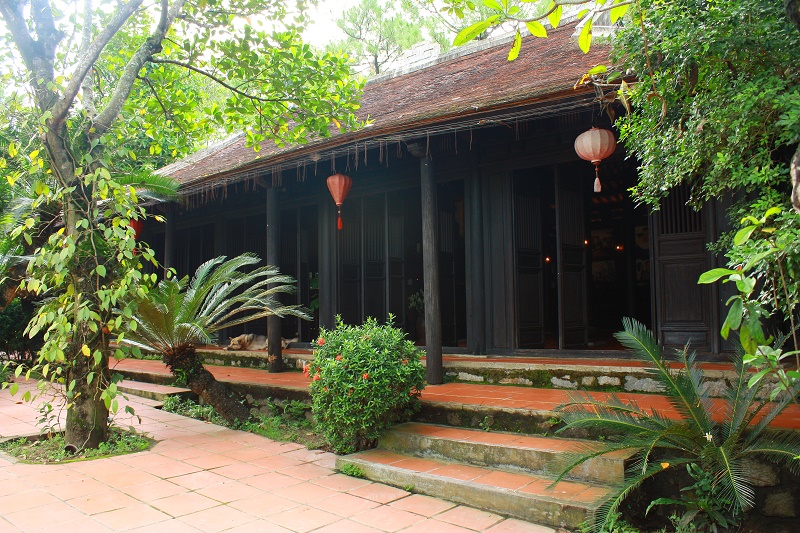 “Will you want to live in a nhà rường?”

“Sure.” I replied the elder foreign man sitting opposite me in a verdan garden on Thiên An hill one evening when we talked about nhà rường (panel houses) and nhà vườn (garden houses) in Huế.

I always look, with great admiration, at the nhà rường in the villages such as Kim Long, Lại Thế, and renowned old Phước Tích, wishing I could own one some day. I don’t know how many more years my dream will come true as nhà rường is disappearing gradually.

Nhà rường, as many people know, is a type of panel houses typically found in Huế – the former capital of Việt Nam. The frame of the house is built from cleverly cut hard wood. Not a piece of nail nor metal is used to join the different parts of the house frame together.

The nhà rường is quite low with steep roof, which makes the house lack of light. In order to minimize this shortcoming, the Huế people multiply the doors so that the house becomes more well-lighted and airy.

Most of nhà rường in Huế locate in a garden except for the ones in Bao Vinh old town where nhà rường are semi-detached or attached house. In a Huế garden, beside the bonsai or flower trees, you can find a lot of fruit trees and vegetables. Fresh and delicious meals of Huế people get the ingredients from their own garden. I remember how often my friend repeats “They’re from my garden.” whenever I remarks how delicious the vegetables, the jack-fruits, or the green tea she offers are.

Although nhà rường has been known as Huế’s traditional houses, they were owned by the rich and royal families only. It’s not a surprise as nhà rường’s structure as well as interior is made of expensive wood. Altar platforms, calligraphy panels, plank beds, wardrobes, etc. which are either plain or delicately carved are from hard wood.

A plank bed are not only used for sleeping but also served as a sitting or dinning area. The image of elderly men in black áo dài sitting cross legged around the tea set on the plank bed remains somewhere in countrysides on traditional occasions.

In some elderly people’s mind, nhà rường is a sweet memory. My history teacher echoes how he enjoyed lying down on a cool and hard-wood plank bed by the window of his grandfather’s nhà rường in hot summer afternoons whenever he starts to talk about the old days. Back then, he was a little boy and was often lulled with old poems recited by his grandfather who was fanning him with a paper fan. For after so many years have passed, his voice is still mixed with pride and nostalgia every time he narrates about his mandarin grandfather and the nhà rường.

I belong to the new generation who depends so much on technologies and modern facilities; however, I always love lying down on a cold hard plank bed placed by the window looking into a verdant orchard garden. 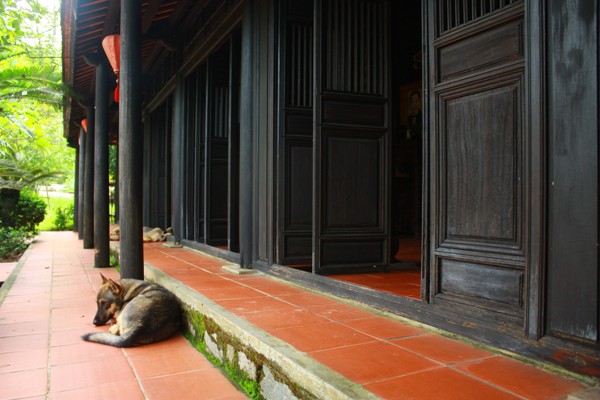